The Oxford English Dictionary have declared climate emergency to be the word of the year in 2019. According to the dictionary’s own data, usage of the term soared by over 10,000%.

I attempt to write at least one new hymn a year as the verse for my official Christmas card. This year I’ve revisited something I wrote in 2015. In that year, Pope Francis produced his great encyclical on the climate crisis, Laudato Si’: on care for our common home.

The encyclical certainly stands the test of time, but my earlier hymn lacked a sense of urgency and crisis which has become apparent this year in the campaigns around the world and in the escalating effects of climate change. I’ve tried to craft two new verses and reshaped the rest. The verses fit to the tune of the well-known hymn, The King of Love my shepherd is.

The Church is called to the worship of God the creator who loved this world so much he sends Jesus his Son to be part of creation and to redeem us. This must mean we are called to lead the world, not follow, in responding to the climate emergency.

But now our waste despoils the Earth
Polluting all you gave us
The world heats up, the seas will rise
From fire and flood come save us

Creator of our common home
Redeemer of such mercy
Sustainer of all life on earth
To you always be glory.

Steven Croft, 2015 and 2019
After Laudato Si’
Suggested tune: The King of Love my Shepherd is

How to Pray for this General Election 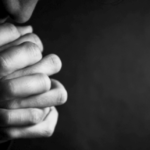 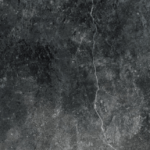 He must increase, and I must decrease
Scroll to top