Along with thousands of others around the world I was moved yesterday by the news of death of David Bowie.  My condolences and prayers go to his family and his close friends.

As many others have said, his songs are part of the soundtrack of my life and my generation, especially those from the 1970’s and 1980’s.  I was 15 when Ziggy Stardust was released: the Jean Genie, Rebel Rebel, Suffragette City, Life on Mars, Drive in Saturday and many others run around in my mind without invitation.

The many tributes in the media yesterday helped me to realize the breadth and power of Bowie’s contribution to the world.  He helped us grapple with the mysteries of life and love and joy.

I was drawn by Lazarus, the title of the song he released on Friday.  It’s not the first time that death has featured in his songs.  One of the things which makes Space Oddity a great song is what happens to Major Tom.  Ashes to Ashes takes its title from the funeral service.  Ziggy Stardust ends with death as a consequence of fame: “When the kids had killed the man I had to break up the band”.

But Lazarus is different.  Tony Visconti describes the Blackstar album as a parting gift.  The song’s theme is death and dying. I hear it first as a reminder to everyone of mortality.  Death is one of the last great taboos of the modern age.  Hundreds of years ago, people would keep a human skull in the hearth to remind them of the precious gift of life and the reality of death.  Lazarus is David Bowie’s momento mori: a reminder that we will all die.

The song and the film are about wrestling and struggling with death: a raging against the dying of the light.  Bowie seems to be reaching out for something beyond but not quite able to grasp it.  “Look up here I’m in heaven” he begins.  “I’m so high it makes my brain whirl”. In one scene we see him dancing, celebrating still the joy of life on the threshold of eternity.

Lazarus reminds me of the frustration with death in the Old Testament.  This life is so good and textured.  Surely there is something more.  The prophet Isaiah speaks of the shroud of death cast over all peoples.  Ecclesiastes talks about God putting a sense of eternity into human minds – we reach for something but can’t grasp it.

In the video, David Bowie seems to be reaching out for life on the very threshold of death.  Lazarus is the name of a man in the Gospel of John.  He dies in the prime of life. Then he is set free by Jesus when he has been in the tomb for three days.

In John’s gospel the raising of Lazarus is part of a bigger and greater story: the story of the gift of Jesus Christ to the world to bring life.  Jesus died but he was raised from death on the third day.  In Christ, God offers resurrection, a new beginning and new life to everyone.

I hope that this David Bowie’s final song, Lazarus will help many people think afresh about mortality: about the reality of death, the struggle and the joy.

I hope that those who hear it will ponder the story of the original Lazarus, the resurrection of Jesus and all that the life of Jesus Christ means for the life of the world.

Everything changes with the belief that Jesus Christ rose from the dead.  I look at my own death in a different way and the death of those close to me.  The whole of my perspective on life is transformed.

Thank you, David, for the music and for this final song.  Rest in peace.

David Bowie’s Lazarus video can be viewed via this link.

Thank you + Stephen. If people reading this are intrigued by the ‘Lazarus’ video and want to talk about it, there’s a discussion starter with questions from the Mission Theology Advisory Group in the Dream/film section of http://www.spiritualjourneys.org.uk.

David Jones died … RIP David Bowie was his stage identity who did not live as long and died about the same time. Maybe there’s a sermon in there about the roles we hide behind and that what we are is not necessarily who we are.

So in the Story of Lazarus and,indeed,the story of the risen Christ,is Bishop Steven intimating that the most important thing is life even up to the point of death.If he is then I agree.Surely this was epitomised by David Bowie’s final photo taken just days before his death where he is smiling. This is now seen at funerals,at least in Anglican Churches where the common practise is to celebrate the life of the deceased person rather than mourn their death and quite right to.

Thank you for this. I had been thinking along those lines. Someone spoke on the radio about Bowie’s fear of death – I don’t know whether it was particularly strong, or particularly well-documented, but I thought this video was an amazingly courageous piece of art. I loved that he ended up smiling at the thought of being free as a bird. The title surely has to say something about his future hope. An amazingly powerful legacy to have left.

Thank you – I’m not a great Bowie fan but admire the man’s contributions to music and culture! This is a powerful, affecting and slightly disturbing video, but a worthy legacy.. Lou Reed attempted a similar ‘momento mori’ with his ’92 album ‘Magic and Loss’ – I think I need to dig that out now!

Excellent reflection. I grew up listening to Bowie and saw him in concert not long before I became a Christian. Thank you for sharing.

Thank you +Steven. I pray your reflections will encourage many others to reflect – I’ll repost it with that prayer.

Hmmm – and what if the Lazarus reference is actually intended to be to the parable of the Rich man & Lazarus? A thought explored in a Biblical Literacy & Media Culture seminar in Durham this week. It just might be more pertinent………. 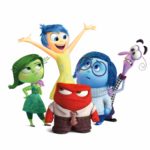 Inside Out – but incomplete
Scroll to top