A Presidential Address to the Oxford Diocesan Synod on Saturday 19 June by the Rt Revd Dr Steven Croft, Bishop of Oxford.

Last weekend a small group of young people set off from the G7 meeting in Cornwall to walk 750 miles in pilgrimage to Glasgow, arriving in time for the UN Climate Summit, COP 26 in November.  These are some of their inspiring voices.

As many have said, 2021 is a key year globally for the climate and for biodiversity, with not one but two vital international conferences: COP 15 on biodiversity will be held in China from 11-15 October. COP 26 on climate change will be held in Glasgow, jointly chaired by the UK government from 1-12 November. I want this morning to explore the links between these two themes of climate change and biodiversity and the links with our own mission as a diocese.

It is no exaggeration to say that the entire future of life on the earth may be determined by what is agreed or not agreed in these four weeks in the autumn. If the nations of the earth are unable to find the collective will to arrest global warming and combat biodiversity loss then the consequences for the entire earth and for future generations will be beyond severe.

We are all familiar, I hope, with the fifth mark of mission and the Anglican Communion’s calling to strive to safeguard the integrity of creation, and sustain and renew the life of the earth. Please note that the fifth mark is not concerned only with preventing harm but renewal and repair: to leave the earth in a better place than we received it.

We are becoming more familiar as Church and society to the present reality and future threat of climate change: the subject of COP 26. We have committed as a diocese to reach net zero by 2035 because of the climate emergency: this will be a costly and demanding but necessary path of leadership.

We are aware of some of the effects of climate change in the present and the likely effects in the future: extreme weather; melting polar ice caps; soil erosion; migration; rising sea levels. All of the measures we are taking to limit greenhouse gas emissions are concerned with a simple, understandable, measurable target of net zero.

But we are less familiar (I am less familiar) with the second environmental crisis to be addressed by COP 15: the loss of biodiversity across the earth.

Biodiversity is declining faster than at any time in human history. Current extinction rates of species are 100 to 1,000 times higher than the baseline rate in the previous millenia. These declines undermine nature’s productivity, resilience and adaptability. According to the Dasgupta Review, published in February this year, on the economics of biodiversity, I quote: “The devastating effects of COVID-19 and other emerging infectious diseases – of which land use change and species exploitation are major drivers – could prove to be just the tip of the iceberg if we continue on our current path”

There is a straight line from the loss of biodiversity to the global pandemic. Coincidentally, there is an excellent interview with Professor Dasgupta in the Church Times

According to one calculation, we are currently using the resources of 1.6 planet earths every year to sustain human life on earth. The consequence is devastating for the natural world and registers in species loss, oceans choked with refuse, changing land use, migration and the greater and greater predominance of one species on earth. According to Sir David Attenborough, in his preface to that review, “96% of mammals on earth are now human beings together with their livestock: only 4% is everything else from elephants to badgers to moose to monkeys. And 70% of birds alive at the moment are poultry – mostly chickens for us to eat”. If we continue on this path, Sir David says, “there is a real risk that the whole ecosystem will collapse” .

I was appointed last month to a new House of Lords Select Committee on the Environment and Climate Change. The Committee of 13 peers held its first double evidence session on Tuesday [15 June]. You can watch the session online if you’d like to.

For the first hour we interviewed Lord Goldsmith, Minister of State for the Pacific and the Environment with his key officials on preparations for COP15. Lord Goldsmith is excellent on these matters: passionate, committed, well informed, determined to exercise leadership.

Then for the second hour we were able to cross examine three global experts on biodiversity on why the world is failing to address these questions. This was a session which will keep me awake at night for some time to come. There is a massive distance to travel in many different areas of global policy. COP15 aims to set a global strategy for the next 30 years on biodiversity. And we need to be aware.

Why should we care?

I don’t have time to list the reasons but they are summarised neatly in that fifth mark of mission: to strive to safeguard the integrity of creation, and sustain and renew the life of the earth. That word strive seems highly appropriate.

I have revisited this week one of my favourite passages in the Old Testament: Ezekiel’s vision of the river of life which was one of the key passages at the heart of our clergy conference four years ago. Ezekiel 47 celebrates what we now call biodiversity in rich and deep ways. The stream flowing from the temple brings life to the desert and even to the Dead Sea; the only place on the entire surface of the earth where nothing lives. There are a great many trees of different kinds. Their fruit will be for food and their leaves for healing. Every living creature which swarms will live. There will be many fish of a great many kinds;. This is a vision of life returning to creation, of the teeming natural world.

But our contemporary world is reversing Ezekiel’s vision. Overconsumption is choking the life from the planet. The deserts are growing. The seas are dying. What will God’s people do in such a time?

Here is what I imagine the prophet Ezekiel might say to the world now in this year of COP15 and COP26.

‘Two thousand five hundred and seventy years after the vision of the river of life, the man brought me back to the banks of the river, to the place where the living creatures swarmed, where there were many kinds of fish, where the stagnant seas became fresh, where the deserts bloomed and where the trees bore fruit and their leaves brought healing.

‘I looked at the earth. I saw the species dying for ever. I saw the rainforests decreasing by the day. I saw habitats destroyed. Mortal have you seen this?

‘I looked at the sea. I saw oceans choked with plastic and slime. I saw fishing stocks depleted. I saw polar ice caps melting. Mortal have you seen this?

‘I looked at the sky. I saw the clean air filled with gas and smoke, forming a blanket to choke the earth. I saw extreme weather, flood and storm. I saw rainfall patterns shifting. Mortal have you seen this?

‘The man led me a decade into the future: the icecaps were smaller; the deserts were bigger; the oceans were dirtier; the temperatures were rising.

‘The man invited me to travel further but I could not. I came back to the source of the river, to the source of life, to the stream flowing from the temple. To the people of God, the sign of hope and life for the earth. Mortal have you seen this? What will you do?

The prophet Ezekiel’s vocation is to balance realism with hope. That is what the Church must do in this year of COP15 and COP26. Ezekiel is commissioned to be a sentinel and watchman over Israel, to warn of the coming disaster. But Ezekiel is called also to find sources of hope and renewal in God, for creation and for God’s people, in the glorious images of resurrection and the renewal of creation.

We share this prophetic calling as a Church: to be sentinels, to warn of what is coming, to be in the vanguard of change and to point the world to the source of hope and of abundant life in Jesus Christ our Lord.

Related links and sources of information 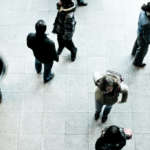 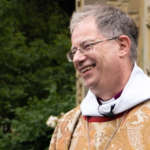 Bringing the nation together
Scroll to top