“…the great king above all gods” There are some points of connection between the Lord’s Prayer and Psalm 95. The first is the great stress on today in verse 7, connected with the theme of listening to the word of God.  I’m reminded of the petition, Give us this day our daily bread, with the parallels between bread and the scriptures.

The second is the connection between praising God as the great king in this verse and the great petition in the Lord’s Prayer: your kingdom come, your will be done on earth as in heaven.

Many of the psalms in this part of the psalter praise God as king.  Several of them have within them a cry of praise: The LORD has become king. Proclaiming God’s kingship, God’s reign over the earth, was a profound and central part of the worship of Israel when God’s people gathered in the temple.

What is happening when God is proclaimed as king above all gods?  We are proclaiming that God reigns despite the way it feels.  We are restoring God to the very centre of our faith.

The idea of kingship breaks down further into two closely related ideas.  A ideal king in the ancient world was both a might warrior, able to save and protect his people and keep them secure and a righteous judge, able to administer the kingdom internally and especially to protect the poor.

As we proclaim God as king in this psalm, we proclaim these two truths: that God is a mighty savior able to save us from our enemies; that he is a righteous judge, defending the rights of the weak and powerless.

Like those who prayed the psalm in the temple, we proclaim God’s reign as king in times when the world seems all too imperfect and unjust.  It is all the more important in those times to look forward to the day when the kingdom will come in all its fullness, when God will reign, and when the whole world will see that God is a king above all gods.  Psalm 95 is a song of faith and anticipation.

This post is one of a series of daily reflections on Psalm 95 in January, at the start of the Diocese of Sheffield Centenary Year

The LORD is the great God 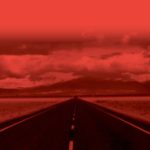 Highs and Lows
Scroll to top