Father Jean Marc Fournier is chaplain to the Paris Fire Brigade. On Monday evening, Abbe Fournier led the successful attempt to rescue the precious objects from the burning Cathedral of Notre Dame.

Among them was the crown of thorns, the equivalent someone wrote this week of England’s crown jewels, but surely an even more important and powerful symbol. This simple crown was brought to Paris in 1238 when Notre Dame was newly built.

It looks like a wreath comprised of brittle but elegantly woven marine rushes. The first reference to this crown of thorns is from the early fifth century in Jerusalem. The crown was moved to Constantinople around 500 years later and then onto Paris where it has remained ever since.

Much has been written this week of the symbolism of the burning Cathedral and the plans to rebuild. Images of the cross which survived in the ruins of the nave have been passed across the world.

But the most powerful and life-giving image of all, I think, is this fragile ancient crown, a brand snatched from the burning, whether or not it is the actual crown worn by Jesus Christ.

This crown is central to John’s gospel. If you have a moment later today, look back over the story of the passion and see references to Christ as King. On Palm Sunday, Jesus rides into Jerusalem on a donkey, coming as the anointed king of Israel.

Pilate’s dialogue with Jesus and with the crowds is all about what it means to be a king. “Are you the king of the Jews?” and “Here is your king”. The crowds reply “We have no king but the emperor”. Pilate’s charge above Jesus cross is written in three languages: “Jesus of Nazareth, the King of the Jews”.

“And the soldiers wove a crown of thorns and put it on his head”.

We cannot understand the real meaning of Easter day unless we understand who is crucified and risen. Jesus is the coming king. The crown of thorns is the symbol of his kingdom.

Here is your king. This is the king who does not assume his throne through violence and force of arms.

This is the king motivated by love who brings in a kingdom not of this world.

This is the servant king: the one who kneels to wash the feet of his disciples and who brings in a kingdom marked by justice and peace.

This is the king who gives to his followers a new commandment: above all we are to love one another.

This king is not for one nation alone in a single lifetime but for every nation in all the time to come. This king does not inaugurate a dynasty for his reign will last for ever. Instead, he forms a community through his death on the cross and his rising from the dead. He does not come to be served but to serve.

And this is why the crown of thorns is such a remarkable symbol: of power and glory combined with suffering which saves and redeems the entire world.

In the garden on Easter Day, joy and pain are woven fine. Mary is weeping. Four times we are told of her tears. The gentle gardener speaks her name and that is all it takes. In and through her grief Mary recognises that this is indeed Jesus, her teacher and her Lord: the king whose death has brought salvation to the world. In Peter’s words in Acts: “Everyone who believes in him receives forgiveness of sins through his name”.

All those who believe and follow him are taught to pray, each day for the coming of God’s kingdom: “Your kingdom come, your will be done on earth as it is in heaven”. The kingdom of the king who wears this crown of thorns. This is the kingdom of Isaiah’s vision, realised through suffering, where infants will not die and the elderly will live out their days in sand peace.

How will this kingdom come? The way is symbolised by this crown of thorns. It is the way of love and reconciliation. It would be a wonderful consequence of a terrible fire if the crown of thorns were to find its way back to the centre of our common life and our understanding of power.

The suffering and tears continue even in the midst of joy in Sri Lanka today and in South Sudan and in many places where Christians suffer for their faith. Joy and pain are woven fine. Easter is our reminder that it is the songs of joy which will prevail.

We live in an age of sharp and polarised debate. Extremes of left and right offer us their certainties. Words are used to wound and tear down and incite fear and violence. More and more people live in echo chambers of their own making and blame others for their misfortunes.

Our nation flounders in uncertainty: or rather we flounder in the conflicting fire of different certainties. The result is deeper and deeper fragmentation. There is a danger we will inflict damage on our common life which will endure for a generation.

The crown of thorns offers a better way. It does not point to a particular path but it does lead us back to a better politics. It is a symbol of servant leadership; of suffering and glory woven together; of not seeking power for its own sake; of exercising that power when gained with gentleness; of holding together glory and sacrifice; of being willing to draw and hold all things together.

Her Majesty the Queen celebrates her birthday today. Her reign has been built on the pattern of the servant king. The Queen offered words of wisdom to the nation in January speaking to the Women’s Institute in Sandringham. “I for one prefer the tried and tested recipes, like speaking well of each other and respecting different points of view; coming together to seek out the common ground; and never losing sight of the bigger picture”.

The recipe sounds so simple. But it is really very difficult and this kind of wisdom is slipping from the centre of our national life.

I am sure France needs its crown of thorns in this present moment as much as we do, but I would be enormously cheered if we could borrow this powerful symbol of a different way and set it for a time in Westminster Abbey or even here in this Cathedral. It would be a reminder that each of us is called to share in the ministry of the risen Christ and especially Christ’s ministry of reconciliation.

This day we remember and we celebrate that Jesus Christ is risen from the dead. In Christ there is forgiveness and new life for all. In Christ, death has been conquered. In Christ there is fresh vision for the whole world. From Christ there flows a different way of combining suffering and service and glory and power. All of us are called to follow in this way: the way of the crown of thorns.

Thy kingdom come. Thy will be done on earth as it is in heaven.

The Wisdom of Puddleglum 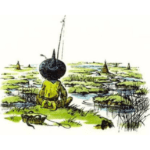 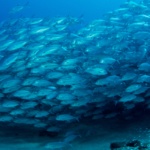 Put out into deep water: Macedonia
Scroll to top