The Book of Kings in the Hebrew Bible tells the story of Solomon, the successor to the great king David. At the beginning of his reign Solomon spent the night in prayer. In a dream, God asked him a simple question in a dream: What I should give you? Solomon answers in humility. And Solomon asks the Lord for wisdom, an understanding mind, humility, and wisdom.

We cannot know all that was in the mind of Her Majesty the Queen seventy years ago when she acceded to the throne at the age of 25. But we do know that God answered the Queen’s prayer for wisdom and that, like Solomon, God has prospered her rule and gifted her with long life and health to bring her to this Platinum jubilee. In the words of our reading from Proverbs, wisdom is better than jewels and all that you may desire cannot compare with her”.

The first time I met the Queen in person was when I visited Buckingham Palace to swear my first oath of allegiance as Bishop. The Queen sat on her throne. I knelt on the footstool. I took her hands in my hands and swore the ancient oath which bishops swear. Half of my mind was focussed on just saying the words. The other half was somewhere up on the ceiling looking down and not really believing what it was seeing. From childhood, like all of us, I have sung the God Save the Queen. Now here I was, kneeling, and saying those very words to the monarch who has defined the best of the age in which we live. Whenever I have met the Queen since then, including a very memorable occasion when she drove me in her Land Rover, I have had that same sense of immense privilege and wonder as well as deep affection.

We have seen an outpouring of love and gratitude this Jubilee across the nation which we all feel is personal. We are doing far more I think than saying thank you for a job well done or even a life well lived. We are declaring our undying appreciation for someone who has made an immeasurable contribution to the stability of our lives through her character, sacrifice, service, and wisdom.

It does not matter how you measure the Queen’s reign in years, or in Prime Ministers, or the advances in science and communication or diversity or transformations in the way we live: her reign has surpassed that of every monarch in our long island history; every President and King the world over. Through the hard years of post war recovery; through social and economic turmoil; through conflict; through a transformation in Britain’s place in the world the Queen has remained a constant presence for good.

Her humility and wisdom have most often been expressed simply through her continued presence: her public statements are rare and brief but immensely significant. The Queen’s message of hope as the nation entered lockdown sustained many and helped us look forward to better times. Within the nation, our Queen is held in love and affection by every part of our diverse society. Across the world and especially across the Commonwealth, she commands the respect of world leaders and the affection of ordinary people everywhere.

We know that this vocation has been costly. We pay tribute today to the Duke of Edinburgh, constantly at the Queen’s side for 68 of these 70 years, her own rock. We pay tribute to also to Prince Charles, to his grace and humility in his own calling and his offering of both affection and respect he offers to his sovereign and his mother.

It is not easy to live in the public eye or to endure even fifteen minutes of fame. The cost of the Queen’s calling has been to live under that scrutiny for more than seventy years. There has been pain as well as privilege as a mother and grandmother. The Queen’s own dignity in the face of trials has only deepened the universal affection in which she is held.

We are together this afternoon representing communities all across Oxfordshire and people of many different faiths and none. All would acknowledge, I think, the way in which the Queen is able to connect with every faith community. All would acknowledge the Queen’s own deep personal Christian faith which has shaped and constantly renewed her life of service. The Queen’s example is a powerful one to us all as we seek together to build a just, inclusive, and sustainable world for this generation and the next.

The words most often used in this Jubilee celebration have I think been Happy and Glorious, echoing the national anthem but also the title of Danny Boyle’s wonderful film for the 2012 Olympics featuring the Queen with James Bond.

It has been indeed a happy and a glorious celebration. But the reason for that is the deeper qualities which undergird the glory and the joy. The Queen, like Solomon, like Jesus her Lord, has founded her life of service on humility and on wisdom. Long may she reign. God save the Queen. Amen.

AI in the UK: No room for complacency 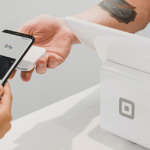 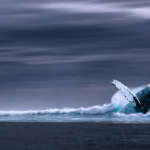 The earth is the Lord’s
Scroll to top