The Age Assurance (Minimum Standards) Bill had its second reading in the House of Lords on Friday 19 November. The Bishop of Oxford spoke in support of the bill. Read the text of his speech, or watch on Bishop Steven’s Facebook page.

My Lords, it is a real pleasure to follow the noble Lord, Lord Russell, and indeed every other noble Lord who has spoken in this debate. It has been extraordinary and very moving. I join other noble Lords in congratulating the noble Baroness, Lady Kidron, on securing this Second Reading and on her passionate and brilliant opening speech. With others, I thank and commend her for her tireless commitment to protecting children online. That she does so with such consistent grace and good humour, against the backdrop of glacially slow progress and revelations about both the variety and scale of harms to children, is no small achievement in itself.

One of my interests in this debate is the more than 280 church schools and the more than 50,000 children who are a precious part of my diocese of Oxford. A substantial proportion are at significant risk for want of this Bill. The primary responsibility of the Government is the protection of all their citizens and especially and particularly those unable to protect themselves. Future generations will, I think, look back on the first two decades of this century and our unregulated use of technology with deep pain and regret, as they reflect on the ways in which children are exposed to harmful material online, the damage which has followed, and will follow, and our tardiness in setting effective regulation in place. We will be judged in a similar way to those who exploited child labour in past generations.

Children are precious to God and to society, not as potential adults nor in the future tense but simply and completely in themselves. Each is of immense value. The evidence is clear that many are emerging from a digital childhood wounded and scarred in ways which are tragic but entirely preventable.

The Government make much of being pro-business in support of the emerging technologies of this fourth industrial revolution but, if they are equally serious about making the UK a safe country to be online, they really must do more to be pro-business in ways that protect children. Other noble Lords have movingly pointed out the many risks our children face whenever they venture online.

We now know with increasing certainty how it is not only other users, so-called bad actors, but many online service providers themselves—not least Facebook, or now Meta—that target children, their data extracted, their identities manipulated, their impulses exploited. It should be noted that many of these same service providers say they would welcome clear guidance and regulation from the Government, even while other businesses say they already possess the tools and opportunities to do this both safely and profitably.

The age-appropriate design code is a welcome and genuinely world-leading innovation, and the Government would do well to note—against the siren voices denying technical feasibility or fearing the balkanisation of the internet—that businesses, the service providers, have now found it easier to standardise their processes to the highest regulatory watermark globally in the interests of reducing costs and complexity. This bodes well for the principle-based and proportional approach to age verification that the Bill artfully encapsulates.

As others have asked, what possible reason can there be for further delay? If protecting children is good in and of itself; if business publicly expresses the need for clearer guidance on how to frame that protection; when business itself sees commercial opportunity in the tools for protection; when a regulator is now waiting in the wings; after government delay already threatens a lost generation—why is the Bill from the noble Baroness, Lady Kidron, not being eagerly and urgently adopted by the Government themselves, if that is indeed the case? I hope we will hear good news today. I eagerly await the Minister’s answer. 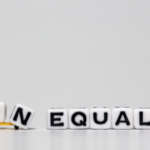