In the midst of continuing debate within the Church of England about human sexuality +Steven, +Andrew, +Alan and +Colin have written a joint letter to all clergy and licensed lay ministers in the diocese setting out their expectations of inclusion and respect towards LGBTI+ people. The four bishops are encouraging parishioners across the diocese to read the letter too. Is there anything else you could be doing in your own setting?

“Above all, clothe yourselves with love, which binds everything together in perfect harmony” (Colossians 3.14)

As a Bishop’s staff we spent some time recently reflecting on the Letter to the Colossians and our call to be a more Christ-like Church: contemplative, compassionate and courageous for the sake of God’s world.

In the light of our time together, we want to offer some reflections on current debates and developments in the Church of England in the area of human sexuality. We do so with humility and some hesitation. It is not easy to make a meaningful contribution to the present debate for a number of reasons. But we have received many requests for guidance and we are convinced that remaining silent on these issues is not serving the Church well.

What is the national process?

You will remember that the Pilling Report in 2013 was followed by a listening process with a series of regional conversations. The House of Bishops then brought to the General Synod in February 2017, a report with proposals on how to move forward from the Shared Conversations. Very unusually, the General Synod voted not to take note of the document.

In a pastoral letter issued after this debate, the Archbishops of Canterbury and York announced the formation of a Pastoral Advisory Group chaired by the Bishop of Newcastle and the development of a comprehensive document on human sexuality to be led by the Bishop of Coventry.

The Archbishops also called in their letter for “a radical new Christian inclusion in the Church founded in scripture, in reason, in tradition, in theology and the Christian faith as the Church of England has received it”. They emphasise the love of God for all people:

“We want to make clear some underlying principles. In these discussions, no person is a problem or an issue. People are made in the image of God. All of us, without exception, are loved and called in Christ. There are no ‘problems’. There are simply people called to redeemed humanity in Christ”.

The College of Bishops met in early September this year and engaged with the work of the Pastoral Advisory Group and the emerging project to develop learning and teaching resources, now called Living in Love and Faith.

The Pastoral Advisory Group is seeking to issue new pastoral guidance within the Church of England’s current legal, doctrinal and liturgical frameworks accompanied by some new resources. The groups working on Living in Love and Faith are hoping to publish their work in a variety of resources in early 2020.

Whilst this work is going on, attitudes to LGBTI+ people in Church and society continue to change and evolve and other churches in the United Kingdom and the Anglican Communion engage in similar conversations.

LGBTI+ Christians have always been, and remain, actively involved as clergy and laity in all areas of church life, and at all levels. How open and authentically themselves they may be in this is the issue at stake. We are conscious as bishops of the pain felt by many LGBTI+ people and their families in the midst of these continuing debates. As a Church we have continually failed our sisters and brothers in Christ.

We are also aware of the strongly held views of many in these debates, grounded in deep convictions. We are aware that the exchanges themselves can be hurtful and damaging especially when conducted through social media or rapid email exchanges, and particularly for those whose very identity is problematised. Bullying and harassment are damaging and not acceptable as part of the reasoned and loving debate the Church needs to have.

We are mindful of the fact that a number of individuals within this Diocese holding different views are currently playing a role in national and international debates. We hope that each will be supported and respected by their home diocese in the ministry to which they have been called.

It is clear that it will be some time before the process of discernment in the Church of England reaches a conclusion. During that period we want to encourage, above all, an attitude of inclusion and respect for LGBTI+ people across the Diocese of Oxford.

Talking about sexuality and gender identity in the Church may be, and often is, difficult. It involves our deeply personal loves and the attachments that shape them; our understanding of ourselves and our relationship with God and others, and our approach to Scripture and the core convictions of our faith. To talk about these things is to make ourselves vulnerable. Moreover, in the Church of England conversations about these matters often bear a weight of pain and distrust caused by the past and present experiences of hurt, exclusion and misunderstanding. However, many speak of such conversations as being ultimately liberating and positive.

Debates about human sexuality and gender identity in the Church seem likely to continue, and perhaps to grow in intensity, over the coming years. It is important that these debates should be grounded in Scripture, reason and tradition as well as in deep prayer and our common life of worship. They must also be conducted with attention to people’s experiences and in a spirit of love, mutual care and respect.

We want to commend to the Diocese of Oxford the five principles recently commended to the Diocese of Lichfield by Bishop Michael Ipgrave and his colleagues. These are founded on the basic principle that all people are welcomed in God’s Church: everyone has a place at the table. Such radical Christian inclusion brings practical consequences for our local churches and for our Diocese as a whole:

The House of Bishops Guidelines on Same Sex Marriage acknowledge that “same sex couples will continue to seek some recognition of their new situation in the context of an act of worship” (19).

As Bishops we are receiving an increasing number of enquiries seeking guidance in this area. There is no authorised public liturgy for such prayers. The Guidelines are clear that “Services of blessing should not be provided” (21). However, there is positive encouragement for clergy to respond pastorally and sensitively.

We warmly welcome dialogue and conversation with clergy across the Diocese who are looking for further guidance. This is, of course, one of the key areas under review in the Pastoral Advisory Group. Depending on the timetable of the national group’s work, we may look to draw the fruits of our own conversations and reflections together in the short term for the benefit of this Diocese.

A new chaplaincy team for the LGBTI+ people and their families

We are also actively exploring setting up a new chaplaincy team for the LGBTI+ people and their families and loved ones, across the Diocese. Over the summer we have been seeking to learn from other dioceses in this area, including in the Church in Wales. The team will probably take the form of a volunteer chaplain or chaplains in each episcopal area giving time to this ministry alongside their other work. The role of the chaplains will be to listen, to offer support and to advise local clergy and congregations and ourselves in our welcome and support of LGBTI+ people and their families, and to learn from the insights of LGBTI+ people about being church together.

In all of this we ourselves and the chaplaincy team will continue to work within existing Bishop’s Guidelines on human sexuality in this next stage of the national process.

As bishops we will continue to listen to different streams in the debate. We will seek to be honest about our own views and also listen with respect to the views of others.

We will be setting aside additional time in the coming year to listen in particular to the experiences of LGBTI+ people. Bishop Steven has drawn together a small informal group of LGBTI+ people as advisors in this process.

We are concerned to listen well to LGBTI+ people from a variety of perspectives including both those seeking change in the Church of England’s policy and those seeking to to live faithfully within it.

Finally we return to our beginning. All things and all people hold together in Christ. The way we engage in debate in areas of difference is part of our witness to the world. We are to clothe ourselves in this as in everything else with love.

Therefore “as God’s chosen ones, holy and beloved, clothe yourselves with compassion, kindness, humility, meekness and patience”. These are the qualities we need as the church as we continue to build a common life together.

We commend these qualities and our ongoing process to the prayers of the Diocese. 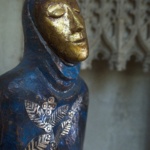 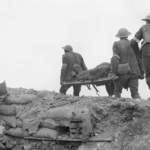 This is our long story
Scroll to top