My subject this evening is anger and “How to be angry”.  It’s not a theme we address very often.  What part does anger play in our lives and in our world?  If we could measure it, it seems to me the sum total of anger in the world would be increasing.

What are the kind of things that make you angry?  What do you do with the anger?

I guess most of us have a pet list of things which really annoy us.  Buffering wifi.  The adverts on Spotify.  Queue jumping.  No seats on the train.  Undertaking on the motorway. People talking too loudly into their phones. Certain politicians depending on our flavour. These are a few of my least favourite things.  We can play that game later.

That kind of anger is mildly amusing.  Then there are the things that really get under our skin.  Some will be serious.  Some will be personal.  One of the quickest ways to make me angry is to patronise me and talk down to me.  There are outbreaks of temper caused by stress.  The people close to you are most likely to make you angry.  They know exactly which buttons to press to provoke a reaction: couples, parents and children, close friends.

We may sulk, we may withdraw, our tempers may flare.  We may be passive aggressive and silent.  We may throw crockery around the room.  Anger is never very far from the surface of our lives.

Paul is writing to a community of new Christians who are learning how to live their faith, as we are.  He is writing here about the need for our faith to make a real difference in the way we live our lives.  He refers back to the teaching they received at baptism: to put off the old like worn out, soiled and dirty clothes and to put on a new character, to clothe yourself with the new self.

Then he becomes very specific. This putting off is applied to four practical parts of life.  He tells us to put off lying and anger and theft and evil talk; and to put on truth and peace and honesty and love.  This list has deep roots in the Old Testament: lying and theft are forbidden in the ten commandments; evil talk is explored in Proverbs and the words about anger are taken from Psalm 4:

This is a good moment to reflect on Paul’s instructions to the Christian community on anger.  We live in an angry world.  Our political life is marked now by anger and that anger is growing year by year.

A year ago we were in the midst of the European referendum marked not by quality debate but by cheap slogans designed to mobilise the anger of those left behind and focus it around a particular political objective.  That anger was revealed most starkly on the issue of migration.  It spilled over into an increase in hate crimes on grounds of race or religion.  It is an anger which is amplified by social media as anyone who has ever been trolled or bullied will know all too well.  There is a simmering hatred just below the surface of public debate.

The American election was similar in tone.  President Trump’s campaign seemed to me to be aimed at articulating, provoking and focussing anger rooted in envy, whether justified or not.  In the few days since the election, the new administration has continued deliberately to provoke anger, particularly in the travel ban imposed on those from Muslim countries.

Panjak Mishra, a columnist and writer, has given his new book the title “Age of Anger: a history of the present”.  He charts the rise of resentment across the world as aspirations rise in a world of finite resources and a changing climate.  The politics of anger are taking root as they did a century ago in Europe with disastrous consequences. Where jealous anger builds, the overspill of violence is never far away.  As Cain and Abel found, the devil crouches at the door.

Even in the Church, it seems to me, our debates around difficult issues are expressed in tones of anger, resentment and bitterness.  We need to listen to all of Paul’s words about truth and honesty and words which build others up.  But we need most of all to hear his warnings about anger.

What exactly is Paul saying?  How are we to be angry?

Paul acknowledges, first, that anger is part of who we are.  To be angry is to be human.  We are not told to avoid anger completely as we are to get rid of falsehood and theft.  We will all of us experience anger.

In the Disney/Pixar film, Inside Out, the complex emotions in Riley and in all of us are reduced to five cartoon characters: Joy, Sadness, Fear, Disgust and Anger. Anger is the small, bright red character with fire coming out of his head.  From time to time we will be angry.  The question is what we do with that anger.

Some of our anger will be justified.  There is a right place for anger.  When Jesus overturns the tables in the temple and drives out the money lenders he is angry.  We are right to be angry about injustice, about abuse of all kinds, about human trafficking, about discrimination.

Our anger needs to be short lived, therefore.  For a season.  On an issue.  We are to allow anger to visit from time to time, rather than go and stay.  In the world of Inside Out, Anger is not to take the controls for more than a few moments.  We are not to let the sun go down on our anger.  There is wisdom there for marriages and friendships.  Be reconciled before you go to sleep.  But there is wisdom there for our whole lives.  Don’t let anger take control.

Too many people live too much of their lives with too much anger.  Resentment shapes characters which then become either moody or grumpy or foul tempered or violent.  When that happens, we lose the joy and the perspective and the sense of abundant life which God intends.

It is not by accident that Ephesians quotes Psalm 4.4.  Psalm 4 ends with one of the most profound antidotes to the long burning deep resentment which can take hold in the soul: the appeal to be content with enough for each day:

“You have put gladness in my heart more than when their grain and wine abound.

I will both lie down and sleep in peace; for you alone, O Lord, make me lie down in safety”

Put away your former way of life, writes Paul, your old self, corrupted and deluded by its lusts and be renewed in the spirit of your minds.  Clothe yourselves with the new self, created according to the likeness of God in true righteousness and holiness.

Put down your anger.  Take stock.  Be made new.

A sermon in The Queen’s College Oxford 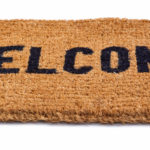 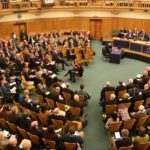 A prayer for the General Synod
Scroll to top