I was in Westminster on 26 June with over 16,000 people. Thousands more were with us in spirit. We were meeting and marching and lobbying because the time is now to arrest the emission of greenhouse gases which are causing such lasting damage to the Earth.

“When I consider the heavens, the work of your fingers, the moon and the stars that you have ordained…”

From earliest times, people of faith have looked to the heavens and creation. The view of the night sky even seen with the naked eye evokes awe and wonder and a sense of God’s majesty. We are drawn to worship and also to the psalmist’s ancient question. Beneath the great canopy of the heavens and the vastness and beauty of the skies, what are human beings? Who are we, and where do we find our place?

Telescopes and space exploration and the sciences only add to that sense of mystery. We are in a vast universe. As far as we know, this is the only planet able to support the evolution of life in the form we know it here.

Christians see God’s hand in this as creator and see humanity as the pinnacle of creation, able to appreciate the glory and splendour of the galaxies. Christians and atheists alike acknowledge the slender balance by which life has been able to evolve on planet earth and the delicate forces which enable life to flourish over tens of millions of years.

But in the last century and a half, this balance has tipped. There is now a different answer to the question: “What are human beings?” We have entered the Anthropocene era. The world’s population and our technology is altering the delicate balance of life on Earth.

As we look to the other planets in the solar system and beyond it is terrible but not difficult to imagine what could happen to us. We are complicit in the creation of an environmental catastrophe which is already changing the climate. Greenhouse gas emissions continue to rise. Global heating continues and is likely to accelerate as a variety of feedback loops are engaged. Life on Earth is about to change in apocalyptic ways during the remainder of this century if we continue to do next to nothing.

The Bible is rich in images of hell. One such image is that of the flood waters rising bringing chaos, which will be the reality for coastal towns and cities across the world. One is a place too hot to live. This week much of Europe is preparing for a heat wave and temperatures high enough to endanger life on a massive scale. Another is of a rubbish dump. As I write this, the Guardian reports the news that the UN Special Rapporteur says our world is increasingly at risk of “climate apartheid”, where the rich pay to escape heat and hunger caused by the escalating climate crisis while the rest of the world suffers. These are the futures we are bequeathing to our children.

I have been gripped over recent weeks by the BBC drama, Years and Years. I cannot say I enjoyed watching it. Russell Davies attempts to chart the future across the next decade. In the final episode, Muriel (played by Anne Reid) looks back across 10,000 days and declares to her whole family (and to us):

“It’s our fault. This is the world we built.”

What kind of world is each of us helping to build? That is the question today for politicians, for churches, for citizens, for discipleship. Setting the care for the earth again at the front and centre of our politics and our lives must be the priority if there is a fair and rich future for life on earth.

Protecting and representing the interests of future generations in policy m... 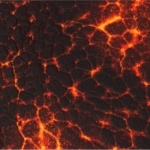 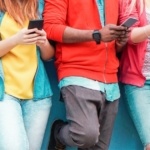