The Bishop of Oxford, the Rt Revd Steven Croft, spoke in a debate in the House of Lords this afternoon about protecting and representing the interests of future generations in policy making. Bishop Steven spoke on climate chaos, the rise of artificial intelligence and the impact of both on young people’s mental health.

“My Lords, I warmly welcome this debate and want to express my appreciation to Lord Bird for his intiative and his proposals. Lord Bird has set out very well the case for a Select Committee and for a Future Generations Commissioner.

The moral case has shifted in recent years. In the Anthropocene era, humanity’s effect on the environment means that that the interests not just of the next generation but every generation beyond that need to be protected in our policy making.

The world is living through deepening environmental catastrophe. The impact of climate change is already severe. It will become worse with each decade and each generation. The world is currently heading for average global warming of 2 degrees and more by 2050. Global net carbon emissions continue to rise. The risks of unforeseen and catastrophic compound effects on the environment increase with every year.

My Lords the two biblical images of hell are a burning planet too hot to sustain life and a rubbish dump. We are in danger of bequeathing both to our children and grandchildren. It is hugely irresponsible – to take short term decisions in the interests of only of the current generation.

I warmly welcome the government’s historic commitment to a net zero carbon economy by 2050 and I congratulate the Prime Minister on naming this goal as a vital part of her legacy. I warmly welcome the government’s international leadership and the bid to host the vital 2020 Climate Summit. These goals need support across Parliament. The voice of those future generations needs to be strengthened in that debate.

Future generations also need to be protected in the rapid pace of technological change. Here I speak as a Board Member of the Centre for Data Ethics and Innovation. The pace of change and the effects of technology on the mental health of the young are significant.

I warmly commend the Information Commissioner’s Office recent guidelines on Age Appropriate Design, which aim to protect the most vulnerable from the predatory big tech companies. I warmly commend the government for bringing forward the Online Harms White Paper. I hope both will be turning points in the development of new technologies which protect rather than exploit the most vulnerable.

We will need in the coming years agility and public leadership in responding to new technologies and data in the areas of health, education, the labour market, smart cities, algorithmic decision making, facial recognition and the regulation of the mining of personal information for commercial gain. The interests of future generations need a voice.

Finally these proposals are so helpful in that they address a decrease in social cohesion across the generations. The APPG on Social Cohesion recently published a comprehensive study on intergenerational connection.

The generations have become increasingly segregated. We can allow that process of drift to continue with serious social consequences. Or we can exercise leadership to build social capital between the generations. Families and faith communities have a vital role to play and are part of the glue which binds generations together. Local government has a role as does business and the third sector. But national government must play its part.

The proposals to give a structured voice to the interests of future generations is warmly to be welcomed. I warmly support Lord Bird’s proposals and hope they will attract the support of the whole House.” 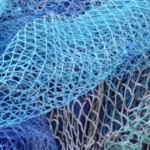 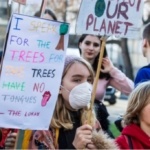 Psalm 8: a reflection for the Mass Lobby of Parliament
Scroll to top