This sermon was delivered by Bishop Steven at the Choral Eucharist on Easter Day (1st April) at Christ Church Cathedral, Oxford.

Happy Easter. The Lord is risen.

Today is the 1st April and it seems a very good day to announce my plans for a new font and baptistery for the Cathedral and the Diocese of Oxford as a major project for the coming year.

There is a very large and convenient pond in the centre of Tom Quad which you passed on the way in. My hope is that this pond can be cleaned and excavated and deepened, perhaps expanded a little. The fish will have to go of course, and the statue in the centre will need to find another home.

It will be a reminder for all who come into this place that baptism into Christ, into his death and resurrection, is at the very centre of our faith and identity. I look forward to discussing it with you at the door.

The people of the Old Testament by and large do not believe in resurrection. Human beings have one life. After that we sort of fade away and disappear into a shadowy land called Sheol. Death is something to be deeply lamented, never welcomed: a great black shroud which casts its shadow on the earth.

But the urge to live beyond death is strong. A few exceptional individuals, Enoch and Elijah are taken up to heaven and into friendship with God instead of dying rather than through death. Sometimes life can be extended. But for the most part death is a deep mystery. In the powerful words of Ecclesiastes:

“You have put eternity into the minds of men and women yet they cannot find out what God has done from beginning to end”.

We feel as though we ought to live for ever, we reach for immortality, but we cannot believe that this is really possible.

In many ways, this Old Testament view of death is not so different from ideas about death in our contemporary world. We certainly fear death.

Our ancestors put their burial places in the centre of towns and villages, in our churchyards as a reminder that we will all die. We now build our new crematoria on the very edge of town and make them look like libraries. There is evidence year by year that people have fewer resources to think about death, one of the fundamental facts of life, and cope with grieving.

Science is reaching for ways to help us live longer, through medicine, or to help part of us endure. Human enhancement through technology or biology will be a feature of the next generation. Yet we still struggle deeply with our mortality. One of the best selling books worldwide last year was When Breath becomes Air by Paul Kalanathi, a beautifully written reflection on living life yet facing death.

Themes of heaven and hell and afterlife have been front page news this week, centred on Pope Francis. There is more and more speculation in film and television and popular culture about what happens when we die. The Netflix series The Good Place, set in heaven, is one to avoid. The Black Mirror episode San Junipero is a powerful exploration of this longing to live on after we die: we leave a digital footprint of ourselves locked in a virtual world for all eternity.

The prophets of the Old Testament will not leave death alone. The Book of Isaiah contains a powerful promise in our Old Testament reading that when God’s kingdom comes, death will be destroyed for ever:

“And the Lord of Hosts will destroy on this mountain the shroud that is cast over all peoples; the sheet that is spread over all nations; he will swallow up death for ever” (25.7).

The prophet Ezekiel lived in the bleakest and most difficult times. He saw his nation and his city and his temple destroyed for ever and, he thought, they deserved it. But Ezekiel’s hope transcends his despair at the profound sin of the nation. One of his most famous visions is a valley of dry bones as far as the eye can see, bleached white by the sun. It is a vision of death. He is told to prophecy to the bones. They come together. Flesh and muscle and skin grow back. Death is thrown into reverse.

He is told to prophecy then to the wind, the breath and Spirit of God. The Spirit comes and breathes in the valley of death: “and the breath came into them and they lived and stood on their feet, a vast multitude”.

The first Easter is the beginning. The beginning of the resolution of the deepest tension between the longing and the experience of humankind. We long to live for ever. We experience the bitter ending of death.

The first Easter is the fulfilling. The fulfilling of the deep yearning and prophecies of the Old Testament that one day the shroud of death will be destroyed and the process of death and dying will be reversed: there will be resurrection.

The first Easter is the great turning of human history. Death itself is conquered in the victory of the Son of God. In Peter’s words from Acts:

“They put him to death by hanging him on a tree; but God raised him on the third day and allowed him to appear, not to all people but to us who were chosen by God as witnesses, and who ate and drank with him after he rose from the dead”.

All of this is present in John’s story of the resurrection. The great and universal longing for life is the backdrop to our story together with the present reality of death. It is a single resurrection in one time and one place, witnessed first by Mary Magdalene and then by Peter and the other apostles, witnessed to in signs and wonders, evidenced in lives transformed generation after generation down the ages, in the Spirit’s work in human living, in the signs of the kingdom of God, in the life and worship of an imperfect church. At its heart is the most human of encounters, in a garden, a new dawn, a case of mistaken identity, a name softly spoken, an embrace, a promise, a love renewed, a call to life eternal.

A single resurrection. A first fruit of the harvest of the dead. A sign of new life for all people everywhere. Death has been overcome and is no more. This is the faith we take hold of afresh today. This is good news we share.

This is the faith we proclaim as we invite the world again to come to Jesus Christ, the resurrection and the life, to be baptised into his death and to rise again to life in all its fullness.

This is what we mean as we declare together: On the third day he rose again in accordance with the Scriptures. 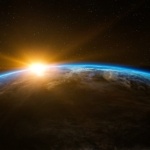 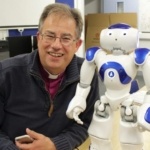 The only way is Ethics
Scroll to top