Should the Church of England continue to invest in fossil fuel companies in the light of the Paris Agreement on climate change?

The General Synod meets in York from 6th-10th July. There will be a number of debates and presentations on the environment and climate change including a major presentation by the Church Commissioners and the National Investment Bodies (NIB’s) on their present investment strategy followed by a debate. The NIB’s are responsible for wise investment of the Church of England’s historic assets and pension funds.

There is a lot to celebrate. The NIB’s are rightly investing more carefully on environmental issues. We no longer have investments in coal and the most polluting fossil fuels. The NIB’s have formed a partnership on investment and change with a range of other ethical investors across a range of issues under the banner of the Transition Pathway Initiative (TPI). The TPI monitors the performance of all companies on their care for the environment and is able to encourage and challenge poor performance on a range of issues.

But there is one key issue, I believe, where the NIB’s policies are not yet sufficiently challenging. This centres on the Church of England’s policy for continued investment in fossil fuel companies after 2020.

Earlier this year the Oxford Diocesan Synod debated carefully and passed a resolution calling on General Synod to have a more rigorous and urgent policy of disinvestment from fossil fuel companies which are slow to align their own plans with the Paris Agreement.

The Oxford Diocesan Synod motion was due for debate but after discussion with the Church Commissioners and the General Synod Business Committee, we have agreed instead that Oxford will move an amendment to the NIB’s motion. The motion with the amendment is as follows:

The NIB position paper and motion put forward for debate:
GS 2093 – Climate change and investment (A Report from the NIBs)

The detailed background paper relating to the Oxford amendment to this motion is on the General Synod website:
GS MISC 1196 – Intensifying Engagement and Disinvestment in Fossil Fuel Companies


Why does this matter?

I set out the reasons why Christians should seek to care for the Earth in my presidential address to Oxford Diocesan Synod in March.

All sides in this debate are agreed that global warming is a present reality and an impending catastrophe for the earth. We differ on the best approach to take to fossil fuel companies.

Should it be limited at this state to creative engagement (seeking to influence shareholders meetings and Board decisions)? Or do we need a more urgent and rigorous approach to disinvestment? This is the question we aim to test in the General Synod debate. Our hope is to persuade the NIB’s and the General Synod to take a more urgent and proactive approach to disinvestment.

The Paris Agreement and the fossil fuel companies

Rises in temperature are not evenly distributed. In the parts of South Africa where Oxford has a link diocese, temperatures could “rise at about twice the global rate of temperature increase“. Global warming and climate change are a present reality for many of our sisters and brothers experiencing drought, extreme weather events and rising sea levels.

Holding the increase in global warming to well below 2 degrees, let alone 1.5ºC demands a range of measures in which individuals, companies and governments all have a critical part to play. Pope Francis has called for an ecological conversion of individuals and communities. UK Church leaders have noted that we need to apply the best of our intellectual, economic and political resources to this task .

Reducing the world’s reliance on fossil fuels and shifting towards large-scale renewable energy supplies are vital parts of the change required. Achieving the aims of the Paris Agreement requires at least two thirds of known fossil fuel reserves – including 30% of oil and 50% of gas reserves – to remain unburned, or if they are burned, for the carbon dioxide generated to be safely and permanently stored out of the atmosphere. Yet these assets are the sources of value and profit for the fossil fuel companies, who typically make investment plans 20-30 years in advance.

Fossil fuel companies which have no plans for a carbon zero future by 2050 are relying on generating profits and shareholder returns from oil and gas deposits which the Paris Agreement and protocols have declared must not be burned if global warming is to be kept below 2ºC. The burning of these fossil fuel deposits will contribute significantly to global warming and catastrophic consequences for the planet and the poorest people in the world.

We believe that the Church of England and other responsible investment bodies should not be beneficiaries of practices which are not aligned with the Paris Agreement.

In January, 2018, the Oxford Martin School published a much more demanding set of criteria to guide engagement/disinvestment debates among shareholders and public bodies .

We are commending these principles to the TPI and the NIBs in relation to their investments in fossil fuel companies.

A global movement of disinvestment

If the Oxford amendment is passed, as I hope it will be, the Church of England will not be alone. The Methodist Conference passed a similar resolution last year. There is a responsible and growing global movement to support this urgent and robust engagement.

More than 730 institutions representing trillions of dollars of assets have already committed to or implemented a policy of divestment from fossil fuels. These include many Churches and faith groups (the Church of Ireland, the Church of Sweden, the World Council of Churches and the Quakers in Great Britain among them as well as pension funds, philanthropic foundations, towns, regional governments, universities and others) .

How you can help?

The Church Commissioners and the NIB’s do a great job on behalf of the Church. This debate is about one small but important part of their ethical investment policy. We want to keep the debate focussed simply on the urgency of engagement in and divestment from fossil fuel companies. We want to use the debate to raise the awareness of people inside and beyond the churches in the necessity of clear action to combat climate change.

Please take what action you can. You may want to contact your Synod representatives in Oxford and in other dioceses. Urge them to attend the debate and to speak in favour of and support the Oxford amendment.

The debate on the amendment on 8th July will give the General Synod a critical opportunity to debate a key current issue in environmental and investment ethics and to demonstrate urgent and credible leadership within the United Kingdom and the Anglican Communion on one of the most pressing ethical questions of the age.

Please pray for us and for all affected by our decisions and by climate change. 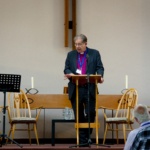 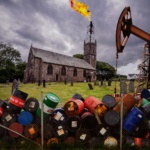