Following the State Opening of Parliament on Tuesday 11 May, the House of Lords is set to debate the content of the Queen’s Speech over five days. On Tuesday 18 May, as members debated home affairs, justice and culture, the Rt Revd Dr Steven Croft, Bishop of Oxford gave a speech about the Online Safety Bill.

My Lords I want to warmly welcome the Online Safety bill referenced in the most gracious speech. I declare my interest as a Board member for the Centre for Data Ethics and Innovation.

It is my view that the Online Safety bill represents a major step forward in preventing harm to children, vulnerable adults and our wider society. The bill places a robust duty of care on content sharing platforms and creates a major new regulator by extending the remit of OFCOM. Those designing the bill have listened carefully and have risen to the challenges of scoping a regulatory framework for new and rapidly changing technologies.

The internet is used by over 90% of adults in the United Kingdom. There are many benefits to that use, as we have seen during the pandemic, but also great potential for harm. As the Memorandum from DCMS indicates very clearly: “This landmark regulation will end the era of self regulation”. The bill is likely to prove a key benchmark not only for the United Kingdom but for governments around the world.

The technology is evolving rapidly and the bill provides flexible mechanisms for responding to new developments through the evolution of Codes of Practice and the powers given to the Secretary of State.

The extra time given to develop the bill has been well used. However the legislation and frameworks are needed very urgently. Could the government set out their assessment of the timescale from publication of the bill to the date when the regime is working? Are there ways to accelerate this, including a request from the government, now, to OFCOM asking them to prepare to receive powers under the online safety bill?

Could the government clarify what has happened to its intention to deal with the vital question of age verification and access to pornography sites which seems not to have been included as, I thought, was promised?

And finally could the government clarify the ongoing role of Parliament both in further improving the legislation offered and in the SI making process where the Secretary of State seems to have the initiative?

This bill will make a very substantial contribution in translating the deep values of our society, the worth of each individual, public responsibility and care for children into the online world. I look forward to the bill becoming law. 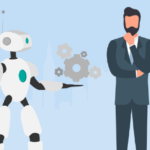 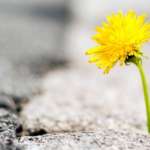 Come and See: a reflection
Scroll to top