Women and Men in Scripture and the Church

A Guide to the Key Issues

As most readers of this blog will know, on 20th November, the Measure to enable women to become bishops did not gain the required two thirds majority in the General Synod of the Church of England.  The Measure therefore fell. Since 20th November I’ve been involved in many different conversations with clergy and lay people, with those deeply disappointed by the outcome, with those opposed in conscience to this development and in the Archbishops Council and the House of Bishops as we seek to find new ways forward.  As many UK readers will know, the House met yesterday to listen to a progress report from the Working Group and made a key decision to invite eight senior women clergy into our meetings until there are six women bishops in the House.

One of my conclusions during and after the Synod debate was that our focus needs to move again back to theological debate and reasoned argument.  It must not simply be about finding a new process. It was also clear to me during the debate and in conversations afterwards that there is a need for simple and straightforward material to help individual Christians, small groups and parishes engage with the subject in a way which brings life and especially to engage with Scripture.  As Christians we make our decisions and discern the way ahead for our church in dialogue with the Word of God.

This need was articulated very clearly in a meeting I held for women clergy in the Diocese of Sheffield with my colleague Bishop Peter just a few days after the Synod vote.  The educational task was seen as vital and people were crying out for fresh resources. A few days later, I was talking over breakfast at the Archbishops Council with the Revd. Rosalyn Murphy a fellow member of the Council, who also described the need for good biblical resources in her own parish in Blackpool.

A little light went on in my head and in our conversation.  I went away and talked with Canterbury Press, with Paula Gooder and with others.  Paula agreed to co-edit the book with me.  We pulled together an outline and people kindly agreed to write their materials at very, very short notice in order to produce the material as soon as possible for the Church.  The writing was finished by 4th January.  We’ve turned the proofs round this week. Women and Men in Scripture and the Church will be published by Canterbury Press in the last week in March, in time to use after Easter.

There are six chapters, each of which has study material for a home group or discussion group but which can also be read as a normal book.  The first, by Jo Bailey Wells, is on gender in Genesis 1-3. Stephen Cottrell has written on Galatians 3 and women and men being one in Christ.  I’ve contributed a chapter on women in ministry in the New Testament on Romans 16.  Ian Paul has written the chapter on the three passages which seem to prohibit the ministry of women (1 Timothy 2, 1 Corinthians 11 and 14).  Joanne Grenfell has written on women and men in family life in Ephesians 5. Rosalyn Murphy has contributed the final study chapter on women and men working together based on Romans 12.  Paula has written some brief and more technical notes for each study chapter.

There are two supplementary chapters.  Viv Faull has written a very short history of the recognition of women alongside men both in the governance of the church and in recognized ministry.  Emma Ineson has drawn together some brief answers to frequently asked questions in the wider debate.

The style is accessible and open.  We’ve drawn as much as we can on recent scholarship but in such a way that any interested reader can explore the questions.  Some of the proceeds from the book will go to Christian Aid to support their work for gender equality throughout the world.

At the moment we don’t know what shape any new legislative proposals to Synod will take. However once they are published there is likely to be an extended period of debate in the wider church about the ministry of women as bishops.  The Synodical process will need to include another referral to diocesan synods (which will mean once again discussion in deanery synods and Parochial Church Councils). It is vital that this debate is better resourced than last time around and our hope is that the book will play its part in that resourcing.  It is also vital that we have a life giving message to share even in and through the debate.

We believe that the account given in the Bible of the role of women and men in God’s purposes is profoundly good news for humankind. It is an account that affirms the equality and status of both men and women and their call to partnership in society and family life and in the Church. It is an account that is radically different from many others in ancient society and down the ages. It is good news that liberates women from subservience to men and also sets men free from gender stereotypes.

The Christian Church is an imperfect institution. It has not always lived out or practised the message of the Scriptures. However, the Bible’s account of gender is liberating good news for older women who may have grown up with the idea that they are called by God to be subservient or to restrict their life choices. It is good news for younger Christian women considering God’s call on their lives. It is good news for men, old or young, who can now work fully alongside both women and men in the service of the gospel. It is good news for the many cultures in the world where women are still treated as less than equal. It is good news for all those working in international aid or development, where the subjugation of women in culture is a major issue in combating poverty.

One of the most painful consequences of the General Synod debate in November was that this profoundly good news was obscured by our internal debates – though this was no-one’s intention.  My hope is that as people read Women and Men in Scripture and the Church, both individuals and small groups and whole congregations will see afresh the equality of women and men in scriptures and in their call to ministry and that this will be life-giving and faith renewing.  Even where people cannot accept the conclusions we draw as a group of authors, our hope is that those who remain unable to accept the consecration of women as bishops will see more clearly that there are good reasons for advocating this on biblical grounds.

Please look out for the book when it comes out, pass on the news to others and use it in your churches.

Who's the publisher and how do I go about getting hold of a review copy? 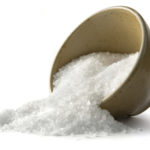 Nurturing our Vision of the Church
Scroll to top