Over the last year, I’ve been a member of the 23 person Fairness Commission in Sheffield looking at inequalities across the city.  Our report was published this week.  Being part of the Commission has been a fascinating and moving experience and that continued this week.

On Tuesday, members of the Commission gathered at the Credit Union in Sheffield for a press call and launch to highlight the importance of responsible debt and credit. On Wednesday I was interviewed on Radio Sheffield in the morning and chaired a meeting of faith communities to look at the report in the evening.  On Friday, I travelled on the Number 83 bus from Ecclesfield to Millhouses with a BBC camera crew, highlighting the inequalities along the route.

At the beginning of the week, I wrote the following article for the Yorkshire Post which was published on Friday 1st February and is reproduced here with permission.  It draws together the theme of Fairness in Sheffield with that of a Fair Deal for Sheffield – a campaign to ask government to address the balance of cuts across north and south.

Sheffield is one of England’s great cities and a city which has made enormous strides in the last decade in reforming its economy, improving health outcomes and raising educational attainment.  It’s also a great place to live and to visit.  Many people who move here stay for the rest of their lives.  Why would you want to go anywhere else?  But Sheffield is also a city in which not everyone has the same chances in life.  We are in many ways an unequal city.  For the last year, I’ve been one of 23 members of the Sheffield Fairness Commission exploring how we can be a better and fairer city in the future.  We published our report on Wednesday.

If you take a Number 83 bus from Abbeydale in the south of Sheffield through the centre and out to Ecclesfield in the north, life expectancy changes for men and women all along the route.  In Ecclesall Ward it’s 86 for women and in Burngreave just 77.  Life expectancy is just one example of different forms of inequality we discovered.

We’re not the first city to have a Fairness Commission.  Similar work has been done in York and in Liverpool, in Islington and elsewhere.  Each Fairness Commission is based on the key insight that a fairer society is a better society for everyone. Extremes of wealth and poverty are bad news for society. The ideas are unpacked in a key book, The Spirit Level: why equality is better for everyone by Richard Wilkinson and Kate Pickett (Penguin).

Sheffield’s Fairness Commission was set up a year ago by the city council with the support of all three political parties and commissioners drawn from across the life of the city.  Our task was to take a spirit level to every part of the life of our community: health and jobs, credit and benefits, housing, safety, transport and just about everything else.  We received evidence in writing, through people coming to see us and through satellite meetings.  Everything we received is on the Commission’s website, with the final report.

It’s been a fascinating process and I’ve learned a huge amount. The number of road traffic accidents in an area is directly linked to poverty.  Air quality is vitally important in promoting community health.  Doorstep lending is toxic.  The young people of Sheffield from all backgrounds are full of aspiration for their future but not all of them know how to make their dreams a reality. It’s vital to pay a Living Wage not just a minimum wage. We need to address questions of mental as well as physical health.  Equality is not only about poverty and wealth but often about race or gender, sexuality or disability.

The Sheffield Fairness Commission has set a bold vision for the city.  We aspire now to be the fairest city in the country. We’ve established ten principles to guide policy makers and every citizen.  We’ve made a number of key recommendations and we have proposed a process of annual audit and review for the City to measure progress towards our goal.

There has been a great deal of interest from the faith communities in the work of the Commission.  Faith communities and faith based charities submitted evidence to us.  On Wednesday evening I chaired the first public meeting to examine the report’s findings from the perspective of the Faith communities. Questions of fairness and justice and care for the poor run very deeply in the scriptures of Judaism, Islam and Christianity and in the practices of all the world faiths.

We will only become a fairer city by engaging the energies of everyone and the churches and faith communities will play a key role in encouraging debate and developing social capital locally and across the city.  Charities founded by Christians or members of other faiths are among the most active in the city in helping the poorest members of our community. The Cathedral Archer project provides daily assistance to the homeless in the very centre of Sheffield.  The number of food banks here has increased in recent years.  The majority of them are offered by the churches.

But fairness within the city, the Commission discovered, is only part of the story.  There also needs to be fairness in the way national resources are distributed by central government.  Here too we found there is a long way to go.

Two weeks ago, Liverpool hosted a key meeting for civic leaders and faith leaders at the Liverpool Arena under the title Come 2gether.  The conference was a cry from the heart of our great northern cities about the unfair effect of government spending cuts on their economies and on the poorest in the communities.  Last Friday, a coalition of MP’s and community and faith leaders launched a new campaign, A Fair Deal for Sheffield, which makes identical points.  Whatever the intention, the government’s austerity measures are not falling in a fair way across the country.  South Yorkshire Police are losing 182 front line officers between 2010 and 2015.  In Surrey the force is increasing by 276.  In 2011/12, Oxfordshire County Council increased its funding to charities by £327K, but in Sheffield in the same year there was a net reduction of such funding by £8.5 million.

The great cities of the north of England are places of enterprise, hubs of industry, thriving communities and centres of culture and learning.  All of our northern cities, including Sheffield, deserve and need a fair share of our central government resources to thrive and flourish in the future.  I am part of the campaign to urge the government to reconsider the unfair effect of the spending cuts on Sheffield as a whole and on the poorest in our communities and to take action this year to redress the balance. We need to work together to make all our cities fairer places for the good of all. Local initiative and vision are vital but so is the part played by government and Parliament. 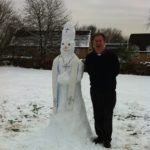 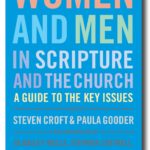