The Lord Bishop of Oxford to ask Her Majesty’s Government what steps they will take to support behaviour change as part of the pathway to net zero emissions. Read his full speech given in the House of Lords on 20 November 2022.

I appreciated the time given to this debate. We face many challenging issues but none is more serious than climate change and the environmental crisis. The context of our debate is the real prospect of global heating of more than 1.5 degrees by the middle of the century with escalating extreme weather events in the UK and across the world; rising sea levels; devastating fires and floods; significant loss of life and damage to infrastructure; wars over scarce resources; shifting patterns of harvest; increasing zoonotic diseases and a massive displacement of peoples as large parts of the earth become uninhabitable.

At the same time, the green economy offers genuine prospects for economic growth and diversity and the opportunity for global leadership. It is a privilege to be a member of your Lordships Select Committee on the Environment and Climate Change under the able leadership of Baroness Parminter. Last week we published our first major report: In our hands: behaviour change for climate and environmental goals which I commend to the House. My questions to the government are largely based on the report’s findings.

To avert disaster in our lifetimes we need to reach net zero by 2050 or before. That means radical action in this decade and the next. The Committee agreed with the Committee for Climate Change that behaviour change is a key element in that journey: both the adoption of new technology and changing habits and practices around diet, transport, heating and consumption. Each of these behaviour changes has co-benefits. All of them have potential economic benefits. They are essential stepping stones on the path to net zero.

This government has given imaginative and committed leadership in the area of climate and the environment including at COP 26 through the COP President and in the recent Environment Bill. The government has acknowledged the need for behaviour change across the board: we all must play our part. It is good to see government commitments to behavour change summarised in the library briefing for this debate. To give just one example, the noble Lord the minister said in your Lordships house in September 2021:

“The government wanted to make it easier and more affordable for people to shift towards a more sustainable lifestyle while at the same time maintain freedom of choice and fairness’.

The Committee takes a similar view. We know that the public is looking for stronger leadership from the government in this area. 85% of the public are concerned or very concerned about climate change – double the number from 2016.

But the Committee found a very significant gap between what the government wants to do and the leadership which is being offered. There is a very significant gap in understanding the challenge from department to department. There is too little joined up thinking and policy. There are quick wins which are not being adopted. There are massive areas for development and leadership – particularly domestic heating which is the subject of our next enquiry. The leadership and committee structures are opaque. There is a lack of expertise and knowledge across government. There has been no real attempt at public information and engagement campaigns. The leadership debate over the summer has raised real questions around the new governments commitment to net zero which are being worked through even this week in the other place.

The report offers a set of recommendations to government in this area of leadership. Other speakers will no have other questions to the minister. Could I ask for reassurance that the government will take these concerns seriously and will put real energy and creativity around the process of supporting behaviour change into the future and as a matter of great urgency.

May Elizabeth our Queen rest in peace and rise in glory 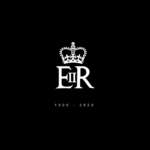 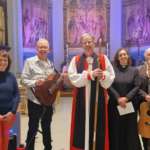