The Bishop of Oxford, the Rt Revd Steven Croft, spoke in today’s debate on the Address in the House of Lords.

“My Lords, I rise to speak about the climate emergency and declare an interest as a member of the Advisory Board of the Environmental Change Institute in the University of Oxford.

The minister said in his opening address that Climate Change will test us all. And it will. David Wallace Wells book, The Uninhabitable Earth, should in my view be required reading for every member of this House. Wells begins his graphic description of the future of the Earth with the unforgettable words: It is much, much, much worse than you think. He goes on to describe the effects and the economic costs of bush fires, drought, mass migration, sea and air pollution, flooding and extreme weather. I read Wells early last year and have watched his words become the lived reality of people in California and Australia, across Southern Africa and Indonesia, and closer to home in the floods in South Yorkshire.

We are living through an environmental catastrophe, and that catastrophe will increasingly shape our foreign and domestic policy, our economic life and our politics over the next decade. The science is clear. The needs are urgent. How will we respond?

The challenge now is to fill out this vision with specific planned action. First we need a detailed accountable plan of how our economy will reach net zero by 2050 or earlier. If we’re serious, we must have a year by year accountable strategy.

Second, governments and responsible investors, including the churches, need to stop investing in and subsidising fossil fuels and invest in renewables here and across the world. As Mark Carney has argued recently very powerfully.

Third bring forward some bold, eye-catching initiatives to show the world that Britain means business and that we can reach these targets: have the courage to bring forward the ban on petrol and diesel vehicles to 2030. Fund an ambitious new energy efficiency programme. Give more detail on the projected investment and mitigation in flood defences here and overseas.

There is a moral imperative to act for the sake of the earth and for the sake of the poorest. Those who have contributed least to climate change are suffering the most and will suffer most in the future. But this is one of those very rare moments when to do the right thing ethically is also to do the right thing for the economic prosperity of the country and our place in the world. The cost of acting slowly is increasing.

The 2018 forest fires in California cost $400 billion, the equivalent of the entire US Defence budget. Every year now counts.

Your Lordships will remember the story in the Book of Genesis of Pharoah’s dream, interpreted by Joseph. Seven fat cows consumed by seven thin cows. Seven years of plenty eaten by seven years of famine. We have no need of Joseph to interpret the impending disaster. We have the IPCC and the global scientific community. But we need a Government with the wisdom of Joseph to use these next seven years well and to put us on the pathway to recovery and set out a new agenda for the next decade for the world.

My Lords we must not fail.”

A lullaby for the world 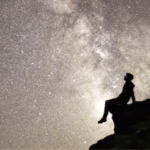 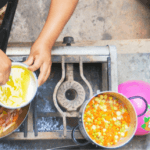 To feed the hungry
Scroll to top