The Bishop of Oxford, the Rt Revd Steven Croft, spoke in the House of Lords during today’s question for short debate to ask, ‘what consideration the government has given to the linkage between our leadership of the COP 26 Conference and the pledges we will make at the Tokyo Summit in December.’

My Lords, I welcome this timely debate and the opportunity offered by the Tokyo Nutrition for Growth Summit.

It is moving to note that from 2015 onwards, the number of people suffering from hunger has been increasing, albeit slowly. Behind the statistics lie terrible and moving stories of human suffering, of disease and death across Asia and sub-Saharan Africa. It is sobering to ponder, on the one hand, the challenge of providing a sustainable diet and preventing the lifelong consequences of malnutrition, and on the other, the striking rise in obesity across the world and the consequent health problems.

Seven years ago, the UK Government exercised global leadership through the first Nutrition for Growth conference and has delivered on many of the pledges made there. I support the calls made by other noble Lords in this debate for a renewal of that leadership at the Tokyo summit, for a strong United Kingdom delegation, and for generous pledges of £800 million per year for nutrition between 2021 and 2025.

The Tokyo summit will take place just a few weeks after the key COP 26 conference in Glasgow, which the UK Government will host and chair.

Short term interventions to combat malnutrition are vital, but the world must also engage with the long term multiple linkages between poor nutrition and climate change.

Climate change is already having a negative impact on the four pillars of food security: availability, access, usage and stability. The climate emergency means that the world needs to increase spending on nutrition adaption and mitigation just to stand still.

We see across the world the impact of extreme weather-related disasters which have more than doubled since 1990. More than 70 per cent of agriculture is rain-fed. This directly affects the ability of drought-affected countries to grow their own food, as we see currently in sub-Saharan Africa and elsewhere. Agricultural land will be lost to rising sea levels, fires and flooding.

Two years ago I was privileged to visit our link Diocese of Kimberley and Kuruman in South Africa. It was excellent to hear reports of local feeding programmes to combat malnutrition, some supported by parishes in the Oxford Diocese. Those signs of hope were set against a background of growing concern about the climate and poor harvests.

There is increasing evidence that high ambient carbon dioxide in the atmosphere decreases the nutritional quality of important food crops affecting the entire world, including wheat, rice and maize. The science suggests lower yields of micronutrients: protein, iron and zinc decrease as CO2 in the atmosphere increases.

Changes in the climate affect agriculture. This, in turn, affects livelihoods and the economy of the affected regions, all too commonly leading both to malnutrition and mass migration in search of a more sustainable future. There is a vicious circle here which can only be broken through a sustained global determination and action to address the climate emergency.

We have a moral imperative to love our neighbour as ourselves, to feed the hungry. We own now a moral imperative as the pioneers of the industrial revolution, and those who have gained most from fossil fuels, to lead on the fight against climate change.

In this context, what consideration has the government given to the linkage between our leadership of the COP 26 Conference and the pledges we will make at the Tokyo Summit in December? Will the government continue to focus our own interventions in the areas of most extreme poverty and climate change?

Nutrition for Growth (N4G) is a global pledging moment to drive greater action toward ending malnutrition and helping ensure everyone, everywhere can reach their full potential. 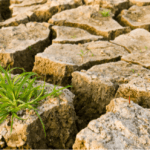 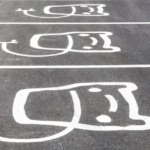 Stewards of creation
Scroll to top