May I from these benches warmly welcome the Sustainable Development Goals and the government’s commitment to them.

Like others I was initially somewhat sceptical about a document which contains 17 goals and 169 targets.  These are not even memorable or round numbers.  I have to say, however, I am inspired by the single vision for our world which drives and shapes these goals.  That vision is set out in the ambitious declaration which forms the preface to the draft document to be considered and I hope agreed at the September summit.

The language of the declaration is lofty and rightly so.  I quote: “Never before have world leaders pledged common action and endeavour across such a broad and universal policy agenda”.  And again, “We can be the first generation to succeed in ending poverty just as we may be the last to have a chance of saving the planet”.

The vision in this document of sustainable development, a safer world with more resilient institutions where no-one is left behind is one that is consistent with the Christian tradition and those of the major world faiths.  I applaud it, believe it and support it.

However it is a vision which needs to be communicated well and implemented with rigour and it is here I want to focus my remarks.

The single vision is broken down in the report into just five areas of critical importance.  These five areas are easy to name, to remember and to communicate:  People, planet, prosperity, peace and partnership.  Preachers love alliteration.

I would encourage the government to place real weight on these shorter, more memorable and more accessible headings, for this reason.  These visionary goals for our world will only be realised as they are widely understood and communicated. This vision will never be realised if it is the vision only of politicians and NGO’s.  It must become the vision of all the majority of people on the planet, a shared vision of prosperity, peace and partnership.  The goals need to be spoken of in schools and universities and in the media.  There needs to be international debate.  Resources need to be invested here and elsewhere in education and building awareness of the values which underpin this vision which are no longer self evident in our society or across the world.

My Lords I was a member a few years ago of the city wide fairness commission in Sheffield.  I assumed at the beginning of the process, that fairness would be a shared concept among the population, that we were articulating a common vision.  On the day of the report’s publication I appeared on local radio.  The phone in responses revealed that my assumption was wide of the mark.  A big vision and detailed targets are both excellent but in between comes the harder task of transforming human attitudes and building deeper generosity of spirit: explaining the reasons why we seek a better world for all.  The churches and faith communities have a key role here. We understand we are global citizens. We share the deeper values which lie beneath these goals.

To quote from the report again: “…we are setting out a supremely ambitious and transformational vision.  We envisage a world free of poverty, hunger, disease, and want where all life can thrive….a world in which every woman and girl enjoys full gender equality….a just, equitable, tolerant, open and socially inclusive world in which the needs of the most vulnerable are met….a world in which consumption and production patterns are sustainable”.

This vision is worthy of agreement and it is worth sharing and communicating throughout our nation and beyond it.  I hope the government will take this responsibility seriously.

It is also a vision which calls for clear plans for implementation.  Here I would encourage the government to pay careful attention to the plans for enacting this ambitious programme and for scrutiny and review.

May I therefore ask the Minister two specific questions:

Will the government commit to promoting the vision of the SDGs and to implement the agenda in this country in full.  If so how do you plan to do this?

How will the government use the high level summit to build support for an ambitious global climate change agreement in Paris in November and December.  If so what link does the minister see between the two summits?

The independent Climate Change Committee have already raised the issue of a gap between the policies already in place and the policies needed to meet the climate change the government supports.

Many were therefore expecting a series of positive policy announcements to close this gap.  Instead, the gap seems to be widening.  The government has cut subsidies for solar and wind power, privatised the Green investment bank, is getting rid of the Green deal, has lifted the ban on certain harmful chemicals and has introduced a tax on electric cars.

Can the Minister confirm that the government will continue to hold to its commitments and support the positive and transformative vision of the Sustainable Development Goals with consistent, prompt and long term action especially on climate change?

Reflecting on the Crossroads Mission 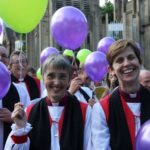 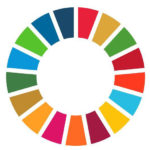