In case anyone might be wondering what bishops do in the House of Lords, here’s a summary of my week.

Our first task at the beginning of each session is lead prayers for the House: always well attended and taken seriously.

Monday My  aim is to get my head round the week ahead. I’m asked to monitor and follow the debates on the Committee stage of the Higher Education and Research bill. This is a major bill aiming to raise the quality of teaching in Universities. I speak to an amendment about protecting the rights of disabled students and vote (against the Government) in two divisions. The key role of the Lords is improving legislation sent on by the House of Commons and the Lords Spiritual play their part in that process. The Bishop of Worcester speaks in a short evening  debate on assisted dying.

Tuesday Brexit day. The chamber is packed with a record number of peers (and bishops). The debates are  on amendments to the bill to trigger Article 50 and begin the process of leaving the European Union. A day of high emotion and big speeches by great Parliamentarians. The best came from Lords Hailsham and Heseltine.  A notable speech from the Archbishop of Canterbury. I vote with the Government on the first main amendment (for a second referendum) but against the Government on a second (to write into the bill the requirement to come back to Parliament).

Each Lords session also has four questions to ministers. I try to ask a supplementary but failed. Someone came in first on exactly the same issue.

Wednesday looks quieter. We’re  back to scrutinising and improving the HE bill. At short notice, I’m asked to speak to an amendment to safeguard the Archbishop of Canterbury’s degree awarding powers. It carries. More divisions (or votes) on the HE bill and a long and vigorous debate on the Teaching Excellence Framework. The budget is happening in another place, just along the corridor but hardly gets a mention.

Thursday Another opportunity to ask a supplementary. This time I have three prepared. The question was on Universal Credit and hardship caused by delays in welfare payments. The Bishop of Coventry has a question on Iraq.

The main business of the day is the second reading of the Criminal Finances Bill. This is a wide ranging bill with all party support aimed at preventing the financing of terrorism, tax fraud and grand corruption in or through the United Kingdom.  I speak in the debate, supported by Christian Aid, to encourage the government to aim even higher in battling tax evasion through public registers of beneficial ownership. No votes today.

Friday The House approves the second reading of a private members bill to reduce homelessness.  The Bishop of St Albans speaks in an important short debate on Preventing and Combating Violence against Women.

All in all a fascinating week (and different from my normal routines). There is some follow up to do: a letter to the minister about his answer to my question on Universal Credit and some possible amendments to the Criminal Finances bill. I won’t be there for the ping pong with the Commons on Brexit.

The baton passes to the Bishop of Chester on Monday  . . . 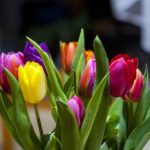 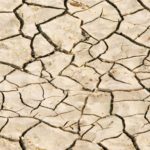 On Fragmentation
Scroll to top