When was the last time you thought about mental health and young people?

There is a major issue.  As many as 1 in 10 children and young people (aged 5-16) have a clinically diagnosable mental health problem.  The problems include depression, anxiety, and conduct disorders.  The problems are often linked to what is happening in their lives.

Last month I attended the annual Civic Breakfast organized by Church Action on Poverty in Sheffield. This is an annual event which brings together Church leaders and faith leaders across the city with local councillors, heads of services, MPs and charities.

We had a moving presentation at the breakfast from a woman in her twenties who described the mental health problems she experienced as a teenager, the care she received and the real difference it made.  In the discussion which followed, several people contributed stories from their own families.  We had expert opinion from people who work as advocates for those with mental health issues and from General Practitioners.

The most striking statistic was this (from a mental health commissioner):

“Mental illness accounts for 25% of mortality and morbidity in Britain but only 11% of the NHS budget is spent on these issues”.

We are not tackling this part of the problem.  During the last parliament, funding for mental health services were cut by 8.25%.

It’s impossible to read the four gospels and not be aware of Jesus’ compassion for those who are suffering and his care for the whole person.  In the first chapters of Mark, Jesus heals a man with an unclean spirit, a multitude in Galilee, someone declared unclean by his society, a man who is paralysed and full of guilt, another multitude by the lakeshore and a man with a withered hand.  Read on further and you will find that Christ ministers to children and young people and the elderly with both physical and spiritual diseases.  The gospels do not have our vocabulary for mental illness but it is impossible to read them and not find evidence of these conditions and of Jesus’ care for those who have them.

What can we do?

Christians and Christian congregations can help by raising awareness of mental health issues, especially among the young.  We can help by listening to one another: the first line of support and help.  We can help by reducing any stigma around mental health so that people feel able to talk about the problems they may be facing, whether that is anxiety or depression or another serious illness.  When was the last time you heard a sermon or a presentation in church on these issues?

We can help by taking seriously our responsibility to care for the young and invest in children and young people.  It is encouraging to see the number of workers employed in our Centenary Project increasing month by month.  If you are part of a church in this Diocese, has your church explored this project yet?

We can help by working to relieve poverty and suffering, both in acts of kindness and charity and in our campaigning for justice.  Part of that campaigning will be working to ensure that mental health support increases rather than decreases year by year in line with other spending on health.

We can help by offering our time and gifts through the Samaritans, to Mind, in local visiting and support for those in need.

The Civic Breakfast helped open my eyes and ears again to the fragility of many young people and the need for care and support.  As followers of Jesus Christ, let’s take care to be informed and compassionate and involved. Thank you for this reflection, and for your support for the work of Sheffield Church Action on Poverty

Let’s make sure we use our vote…. 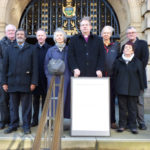 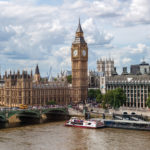 The darkest valley: a reflection on this week in Parliament
Scroll to top